It was a ‘Saturday night, Footy night’ at the awesome Italo Club, as we celebrated the achievements of our fabulous youth teams, the wonderful tireless behind the scenes committee, the parents, carers and volunteers, who selflessly give so much of their own time each week without question, and the incredible contributions of our sponsors and community partners!

Our club President Phil Knowles, who incidentally planned, and organised everything for these events, was also our emcee for the evening!

We managed to put everybody’s footy knowledge to the ultimate test during the evening, as we held our very own footy trivia quiz! Over 3 rounds, our tabled teams of trivia titans discussed, argued, agreed, disagreed, and some even phoned a friend (or their dad!), to give them that ever important edge over the other teams! It came down to a shootout between the Wollongbar Wierdos, Pickle, the fast finishing Premiers, with AshPower circling!!

The Lords Taverners had a footy aficionado on their table, and with a couple of Victorian expats in Janelle and Pete from Goonellabah Newsagents in the Misfits team, the competition was rife!

With a good mix of youth and experience though, it was team Pickle who prevailed as the inaugural winners!!

Thanks to Simon, the question master and Nick, the quiz master!

But the night itself was all about the awards and trophies, for our Under 12’s, Under 14’s, Under 16 Girls, volunteers, milestones, and all the major club awards!

One significant and poignant change was to the Under 14’s most improved award. It will now be known as The Ngarritj Award, named after JW, whom we sadly lost last year. It is his land name, and the award was devised and presented by Paul Connor.

Rookies Of The Year:

Volunteer Of The Year:

Best Dressed Awards went to Kaitlyn Knowles and Chris Barbierato! It was the pineapple shirt and matching socks that sealed it!!

Trivia and best dressed prizes donated by the club.

What a fabulous night that was had by all. Our gratitude firstly to the Lismore Italo-Australian Club once again for the wonderful food, facilities and hospitality offered to our club.

To Joanne Cooper, Jenny and Scott from The Lords Taverners, Busara and her 3 beautiful kids, and to Janelle and Peter for all of your support this season and into the future!

Finally to the coaches, team managers,  parents, grandparents, carers, and kids, we thank you all for being a part of the Swannies family!

A glorious sunny Sunday morning greeted us at our very own hallowed turf, Mortimer Oval, for the annual Junior presentation and fun day!

With our very own ‘King of the Kids’ in Rodney there with valuable assistance from Treasurer, and kid at heart, Cath by his side, the games begun!

Parents and kids were being flung in all directions, as the games like cops and robbers,   and 3 way tug of war, amongst others, got these kids doing what they do best. Play, and have fun together!!

You would think it was a preseason get together the way those kids ran around with each other. Absolutely devoid of any post season fatigue!

Watching our youngest champions out there kind of made us all miss watching them play in the red and the white!

The BBQ was in full swing, and with the wonderful Kassandra from our brand new community partners, Southern Cross Credit Union, cooking up a storm, the day was perfectly set to honour all the kids, and those who selflessly contribute their time to making our club, a true family club.

Under 10R: Davis May

We presented certificates of appreciation during both presentations to acknowledge the incredible contributions to our club this season:

The juniors were a revelation this season, with our incredible Superstars making such an impact, the rise of our Under 10 Girls team, and having a second Under 10 Boys team which really allowed every kid to blossom, by participating week after week!

It is easy to see what a positive direction our club is heading in, with so many willing to help and contribute to our growth and strength as a community club we can all be proud of.

Congratulations and thank you to everyone for a fantastic year!! 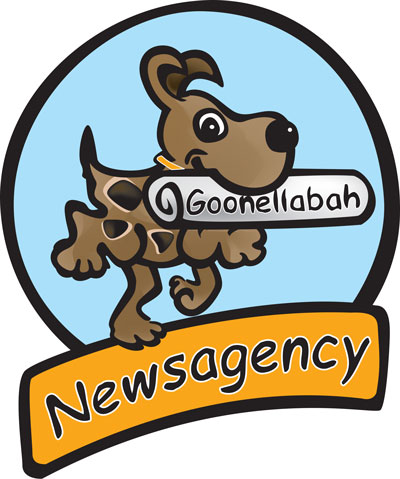